Puerto Rico’s Largest Bank Is Solid as a Rock, Good News for P.R. 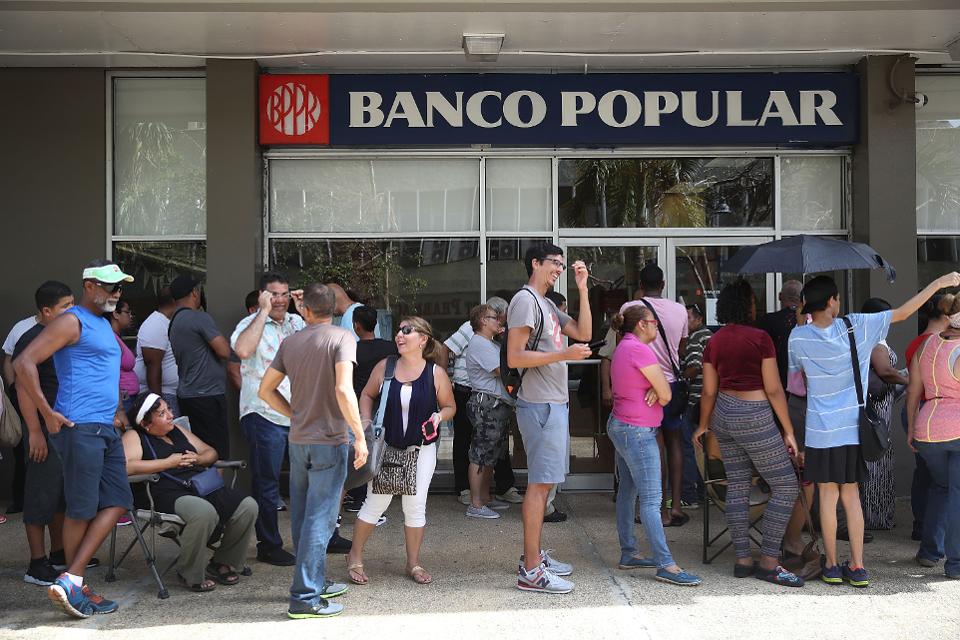 SAN JUAN, PUERTO RICO – SEPTEMBER 26: People wait in line to use an ATM machine at Banco Popular as they deal with the aftermath of Hurricane Maria on September 26, 2017 in San Juan Puerto Rico. Puerto Rico experienced widespread damage, including most of the electrical, gas and water grid after Hurricane Maria, a category 4 hurricane, devastated the island. (Photo by Joe Raedle/Getty Images)

The New York Times of December 16th reports that more post-Hurricane Maria bad news is just around the corner for Puerto Rico. Matthew Goldstein of The Times clearly reports on the next storm that will hit Puerto Rico:

A housing meltdown that could far surpass the worst of the foreclosure crisis that devastated Phoenix, Las Vegas, Southern California and South Florida in the past decade. If the current numbers hold, Puerto Rico is headed for a foreclosure epidemic that could rival what happened in Detroit, where abandoned homes became almost as plentiful as occupied ones.

…Puerto Rico’s 35 percent foreclosure and delinquency rate is more than double the 14.4 percent national rate during the depths of the housing implosion in January 2010. And there is no prospect of the problem’s solving itself or quickly.”

So much for Puerto Rican bad news. Christmas cheer comes when we learn that Puerto Rico’s largest bank – Banco Popular de Puerto Rico, a subsidiary of Popular, Inc. – prepared for the storm.

To obtain a clear picture of what is in the cards, I performed an analysis of the Banco Popular de Puerto Rico’s parent, Popular, Inc. This was done with the latest data from Popular, Inc.’s filings with the Securities and Exchange Commission.

To conduct my diagnosis of Popular, Inc., I used a little known, but very useful formula to determine the Bank’s health. It is called the Texas Ratio. It was used during the U.S. Savings and Loan Crisis, which was centered in Texas. The Texas Ratio is the book value of all non-performing assets divided by equity capital plus loan-loss reserves. Only tangible equity capital is included in the denominator. Intangible capital—like goodwill—is excluded.

The ratio measures the likelihood of failure by comparing a bank’s bad assets to its available provisions for bad loans plus its capital. When the ratio exceeds 100%, a bank does not have the capacity to absorb its losses from troubled assets. In consequence, it will either require a fresh capital injection, or it will fail. 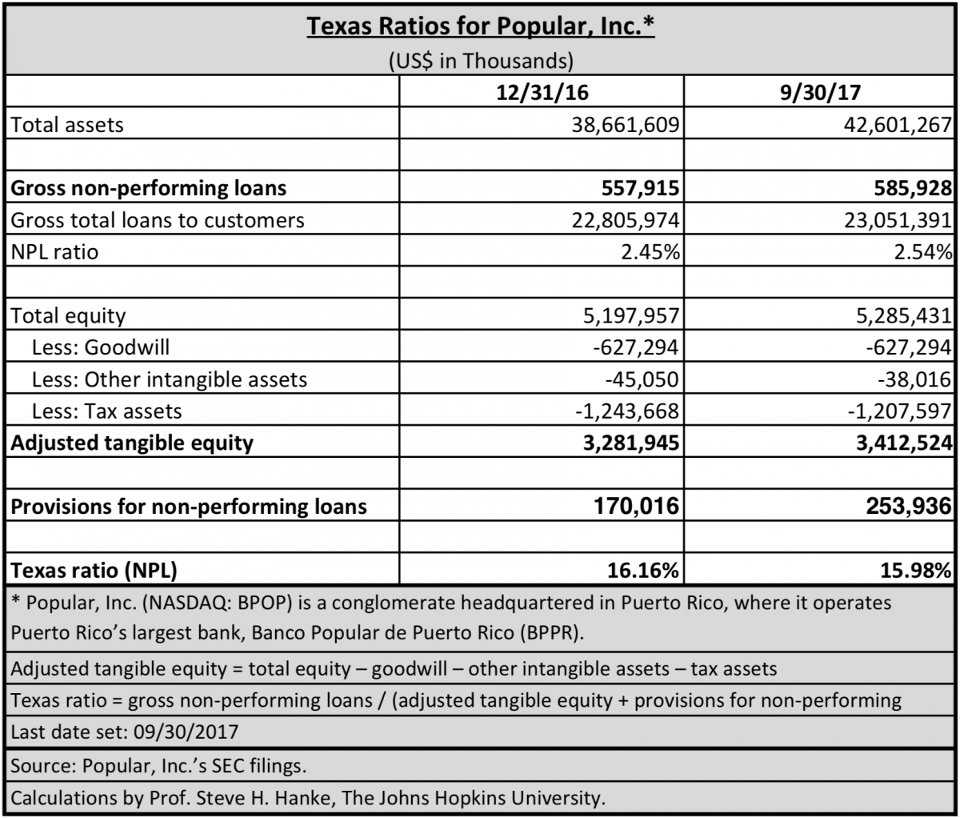 Popular, Inc. prepared for the storm by off-loading non-performing loans and provisioning for the possibility of future bad loans. The chart below tells that story.

There is nothing better than a strong balance sheet to bring Christmas cheer, even in hurricane-ravaged Puerto Rico. 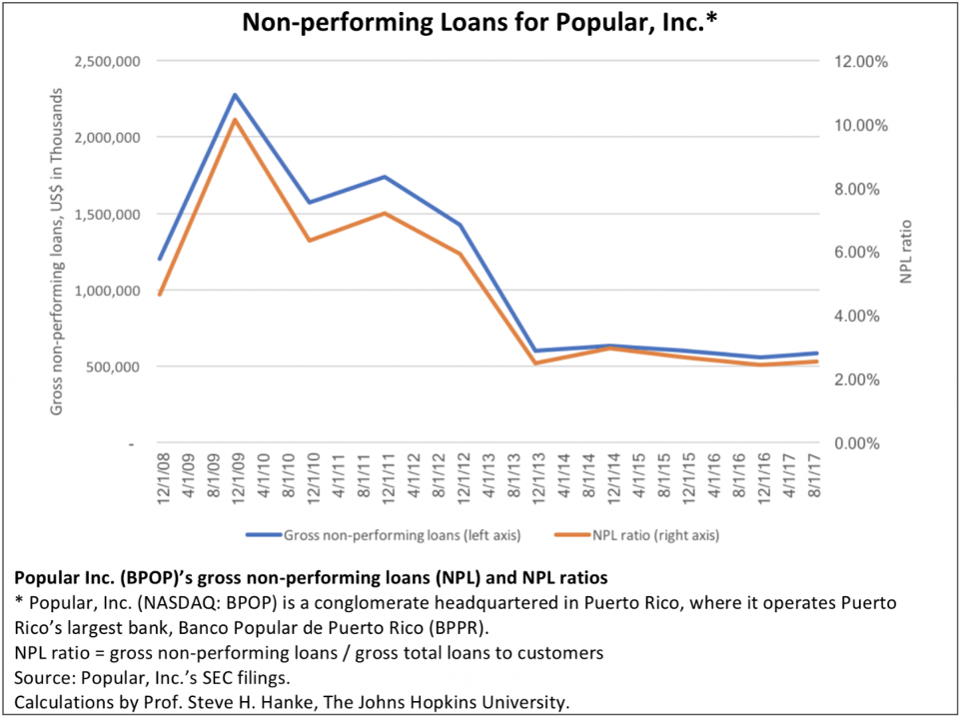 0 responses on "Puerto Rico's Largest Bank Is Solid as a Rock, Good News for P.R."