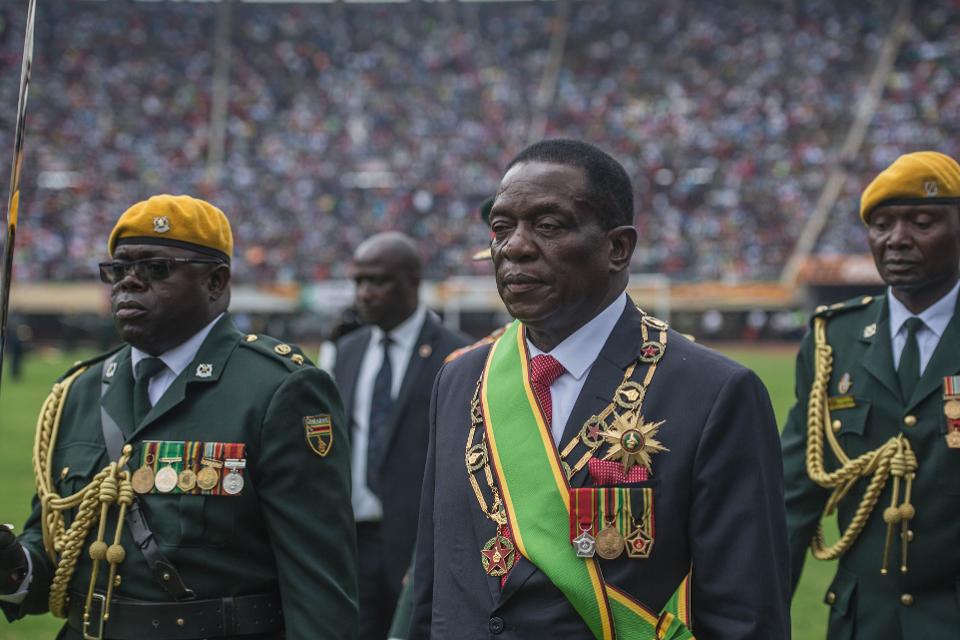 Zimbabwe’s new President Emmerson Mnangagwa, like his predecessor Robert Mugabe, claims that economic sanctions have crippled Zimbabwe’s national development. What nonsense. Robert Mugabe and the current governing party ZANU-PF have made Zimbabwe into an economic basket case. Indeed, the ruling Party has put its stamp of approval on one disastrous economic policy after another for 37 years. Among other things, a total lack of fiscal discipline resulted in the world’s second-highest hyperinflation. It ended abruptly on November 14, 2008, when the annual inflation rate peaked at 89,700,000,000,000,000,000,000%.

To illustrate Zimbabwe’s lack of fiscal discipline, consider that the budget for 2017 called for total government expenditures of $4,100 mil. On December 8, 2017, the new Mnangagwa government estimated that total expenditures for 2017 will actually reach $6,045 mil. That’s a whopping 47.4% overshoot. Talk about indiscipline. The 2018 budget, which was announced on December 7th, projects $5,743 mil to be spent in 2018. That’s 40.1% higher than the 2017 budget, but 5% lower than the estimate of actual 2017 expenditures.

To successfully implement reforms, the Mnangagwa government will have to generate confidence and credibility. As Keynes argued in The General Theory:

The state of confidence, as they term it, is a matter to which practical men always pay the closest and most anxious attention. But economists have not analyzed it carefully and have been content, as a rule, to discuss it in general terms. In particular it has not been made clear that its relevance to economic problems comes in through its importance influence on the schedule of the marginal efficiency of capital. There are now two separate factors affecting the rate of investment, namely, the schedule of the marginal efficiency of capital and the state of confidence. The state of confidence is relevant because it is one of the major factors determining the former, which is the same as the investment demand schedule.

There is, however, not much to be said about the state of confidence a priori. Our conclusions must mainly depend upon the actual observation of markets and business psychology.

Most economists have completely ignored this passage in the General Theory, because confidence is difficult to define and insert in any formal abstract model. Economists find it difficult to quantify and measure. Keynes admitted as much. Perhaps this explains the failure of economists to consider confidence seriously. Yet, it is clearly unsatisfactory to confine analysis only to definable and quantifiable magnitudes and to ignore an important determinant of behavior simply because it cannot be encapsulated in any neat definition or be measured by government statisticians.

Unlike Keynes, I suspect that there is much to be said a priori about the state of confidence. For example, it seems likely that confidence is determined by the general credibility of government policy.

To deliver a positive confidence shock to the Zimbabwean economy, the new Mnangagwa government must change Zimbabwe’s fiscal order. In short, it must replace disorder, with order. Three new elements must be introduced:

1. Fiscal order and transparency must be established. Zimbabwe lacks the fiscal institutions to guarantee that budget deficits and government spending can be controlled. To put its fiscal house in order, Zimbabwe’s government should begin to publish a national set of accounts which includes a balance sheet of its assets and liabilities and an accrual-based annual operating statement of income and expenses. These financial statements should meet International Accounting Standards and should be subject to an independent audit.

Just what is an accrual-based operating statement? At present, accounts in Zimbabwe are kept on a crude cash basis. Revenues and expenditures are recorded when cash is received or paid out. With accrual accounting, spending and revenues are recorded when they are incurred, regardless of when the money actually changes hands. Accrual accounting gives a much more accurate picture of the realities and avoids many financial tricks that politicians can play with cash accounting. For example, under cash accounting, politicians can promise pensions for future retirees, but since no money is paid until people retire, there are no budgeted costs under cash accounting until the pensions are paid. With accrual accounting, the promises to pay future pensions would appear in the government’s accounts when the promises for future obligations are made. Consequently, under accrual accounting, the government cannot distort the magnitude of its spending obligations.

Do any countries use accrual accounting for their public accounts? Yes. For instance, New Zealand started to use it in 1989. As a result, New Zealand presents a far more transparent and honest picture of government operations than do most other governments. This has allowed New Zealand to make more informed decisions and control the state much better.

To reduce corruption in Zimbabwe, there is no better medicine than the transparency which would accompany a New-Zealand type set of fiscal accounts.

Fiscal decisions are important. The arithmetic of the budget shows us that two new fiscal rules would be sufficient to control the scope and scale of the government and protect minority interests. Total outlays minus total receipts equals the deficit, which in turn equals the increase in the total outstanding debt. Rules that limit any two of these variables would limit the other variables. Which two variables should be limited?

Before I answer that question, I should remark that the goal of reducing Zimbabwe’s total public debt to something less than 50% of GDP by 2025 is desirable and that it should be vigorously pursued by the Zimbabwean government.

The easiest way to answer the question about which two variables should be limited by supermajority voting rules is to sketch an amendment to the Zimbabwean constitution:

Section 1. The total Zimbabwean debt may increase only by the approval of two-thirds of the members of the House of Assembly.

Section 2. Any bill to levy a new tax or increase the rate or base of an existing tax shall become law only by approval of two-thirds of the members of the House of Assembly.

Section 3. The above two sections of this amendment shall be suspended in any fiscal year during which a declaration of war is in effect.

3. Fiscal accountability must be established. Since actual fiscal expenditures have little relationship to budgets in Zimbabwe, strict rules of accountability must be imposed. If the actual government expenditures exceed 10% of budgeted expenses in any fiscal year, the Finance Minister and the Governor of the Reserve Bank of Zimbabwe should be dismissed immediately. Furthermore, they should be barred from holding any government or government-related position for life. The only exception to this rule would be in fiscal years during which a declaration of war is in effect.

The adoption of these three rules would generate a significant confidence shock in Zimbabwe. And, with that, an investment boom and prosperity would follow.