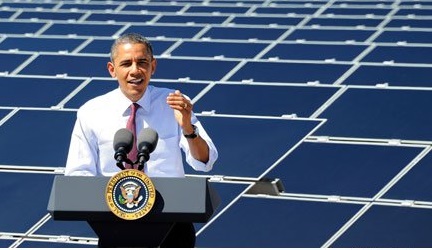 Every president since Richard Nixon has asserted that we are sitting ducks for those who brandish the oil weapon. To keep the evildoers at bay, the government must adopt policies that ensure our energy independence. Like his predecessors, President Obama is worshiping at this altar. And why not? How many elections have been lost by blaming foreigners for an impending crisis?

Despite their cynicism about politicians, most people actually believe that mineral resources, including oil, are doomed to disappear. It’s obvious: Start with a given stock of provisions in the cupboard, subtract consumption and eventually the cupboard will be bare.

But what is obvious is often wrong. We never run out of minerals. At some point it just costs too much to produce them profitably. In the 19th century, the big energy scare was in Europe. Most thought Europe was running out of coal. That doomsday scenario never materialized. Thanks to a plethora of substitutes, the prices that European coal could fetch today are far below its development and extraction costs. Consequently, Europe sits on top of billions of tons of worthless coal.

Once economics enters the picture, the notion of fixed reserves becomes meaningless. Reserves are not fixed. Proven oil reserves, for example, represent a warehouse inventory of the expected cumulative profitable output, not a fixed stock of oil thought to be in the ground.

When thinking about oil reserves, we must also acknowledge another economic reality: Oil is sold in a world market in which every barrel, regardless of its source, competes with every other barrel. Think globally, not locally. When we do, the dwindling reserves dogma becomes nonsense. In 1971, the world’s proven oil reserves were 612 billion barrels. Since then the world has produced approximately 990 billion barrels. We should have run out of reserves fourteen years ago, but we didn’t. In fact, today’s proven reserves are 1,354 billion barrels, or 742 billion barrels more than in 1971.

How could this be? Thanks to improved exploration and development techniques, costs have declined, investments have been made and reserves have been created. The sky is not falling.