Central Banks Caused This Mess. If Only They Were Ready to Clean Up. 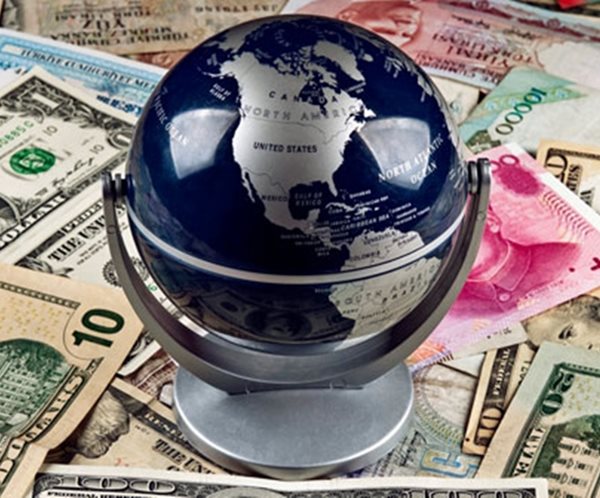 If nothing else, the current financial crisis is producing mountains of material that validate the “95 Percent Rule”: 95 percent of what is published or broadcast about economics and finance is either wrong or irrelevant.

Part of the problem is central bankers, past and present. They are working overtime to avoid assuming any blame for creating the crisis. Their twisted tales are like military history. Recall that military history is written by the victors. Economic history is written, to a degree, by central bankers. In both cases you have to take official accounts with a large dose of salt.

We thought we knew that the Duke of Wellington whipped Napoleon at the Battle of Waterloo. But according to the expert on Waterloo, Peter Hofschröer, Wellington’s army of 68,000 men was locked in a bloody stalemate with Napoleon’s force of 73,140 until late in the afternoon of June 18, 1815. That’s when Field Marshall Blücher’s 47,000 Prussian troops entered the field of battle and turned the tide.

The Iron Duke’s official account has Prince Blücher failing to arrive until early evening and with only 8,000 troops. Somehow 39,000 Prussians simply vanished. As they say, the rest is history — literally history as written by Wellington.

Under Greenspan and current chairman Ben Bernanke, the Fed has embraced the view that stability in the economy and stability in prices are mutually consistent.

As long as inflation remains at or below its target level, the Fed’s modus operandi is to panic at the sight of real or perceived economic trouble and provide emergency relief.

It does this by pushing interest rates below where the market would have set them. With interest rates artificially low, consumers reduce savings in favor of consumption, and entrepreneurs increase their rates of investment spending. And then we have an imbalance between savings and investment. We have an economy on an unsustainable growth path.

This, in a nutshell, is the lesson of the Austrian critique of central banking developed in the 1920s and 1930s. Austrian economists warned that price level stability might be inconsistent with economic stability.

They placed great stress on the fact that the price level, as typically measured, extends only to goods and services.

Asset prices are excluded. (The Fed’s core measure for consumer prices, of course, doesn’t even include all goods and services.) The Austrians concluded that monetary stability should include a dimension extending to asset prices and that changes in relative prices of various groups of goods, services and assets are of utmost importance. For the Austrians a stable economy might be consistent with a monetary policy that had prices gently falling.

The current US financial crisis follows the classic Fed pattern. In November 2002, then governor Bernanke set off a warning siren that deflation was threatening the US economy.

He convinced his Fed colleagues of the danger. As former chairman Greenspan put it, “We face new challenges in maintaining price stability, specifically to prevent inflation from falling too low.” (Given the US economy’s productivity boom, the Austrians viewed the prospects of some deflation as just what the doctor ordered.)

In the face of possible deflation, the Fed panicked.

By July 2003, the Fed funds rate was at a new record low of 1 percent where it stayed for a year. This set off the mother of all modern liquidity cycles, and, as members of the Austrian school anticipated, this credit boom ended badly.

Until central bankers admit that their misguided policies were the primary cause of the current boom-bust cycle, the crisis will continue to be misdiagnosed. And the prescriptions — including more fiscal stimulus packages, the expansion of the scope and scale of government regulations and an upward ratcheting of the International Monetary Fund’s lending — will continue to burden the economy.

Now when contemplating the current financial crisis, it’s worth taking a detour to Indonesia, where I addressed the Indonesian Chamber of Commerce and Industry in February, and where I spent a good bit of time as former President Suharto’s adviser in early 1998.

Even though the brunt of the current storm has spared Indonesia, there is great anxiousness about the future. Indonesians are worried about the rupiah and what they perceive as “high” domestic interest rates.

The ghosts of the 1997-98 Asian financial crisis are still lurking.

If history is a guide, there is reason for rupiah concern. Against the US dollar, the rupiah has lost about 25 percent of its value since late 2008.

If that wasn’t enough to be concerned about, consider a longer time horizon.

When the Dutch recognized an independent Indonesia in 1949, a rupiah was equal to a Dutch guilder, whose value was 3.8 per US dollar.

In December 1965, the rupiah was redenominated at a rate of 1,000 old rupiah to one new rupiah (today’s unit).

In terms of the original rupiah, there has been a depreciation in the exchange rate since independence from 3.8 per dollar to approximately 12 million per dollar today.

Over the past fifty years, the rupiah has been one of the worst performing currencies in Asia.

What’s all this have to do with “high” Indonesian interest rates? In short, people don’t have confidence in the rupiah relative to other currencies — like the US dollar or Hong Kong dollar, which is linked at a fixed rate of 7.8 to a greenback. Accordingly, those who invest in rupiah-denominated assets demand a premium.

The easiest way for Indonesia to lower rupiah interest rates and to close the interest rate gap would be to do what Hong Kong did in 1983, when it introduced a currency board system and established a fixed exchange rate between the Hong Kong dollar and the greenback.

Indeed, Lawrence Summers, the director of the National Economic Council, and Treasury secretary Timothy Geithner are still going strong. This time around they are once again preaching fear.

We are told to either accept a strong dose of government intervention or the sky will fall. The longer Summers and Geithner can be held at bay, the more likely a US recovery, led by market forces, will surprise the chattering classes and defy Washington.

0 responses on "Central Banks Caused This Mess. If Only They Were Ready to Clean Up."