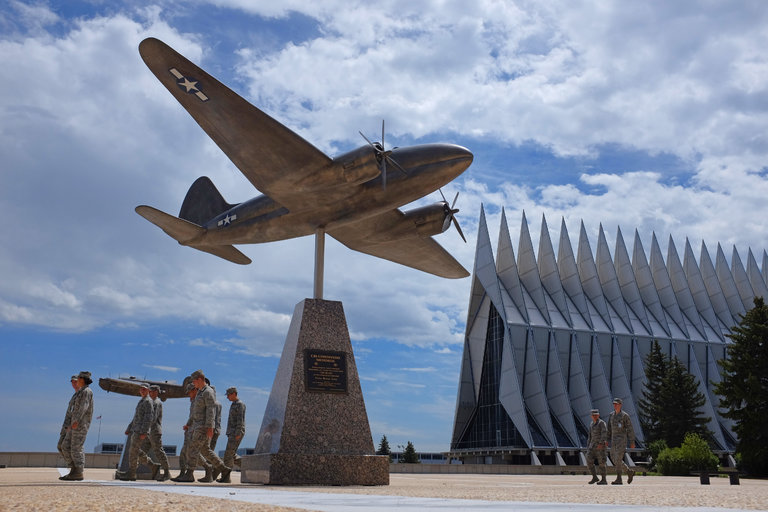 The Air Force Academy near Colorado Springs. Officials said they were assessing whether to take punitive action against personnel who failed to report a killer’s conviction. CreditMatthew Staver for The New York Times

Dozens of Air Force service members charged with or convicted of serious crimes were never reported to the federal gun background-check database as required, Air Force officials said on Tuesday.

The revelation came after the Air Force disclosed that it had failed to report the domestic violence conviction of Devin P. Kelley, the gunman who opened fire at a church in Texas this month. Under federal law, Mr. Kelley’s court-martial conviction for domestic assault should have prevented him from purchasing at a gun store the rifle he used in the attack, as well as other guns he acquired over the past four years.

After the Air Force admitted on Nov. 6 that officials at Holloman Air Force Base in New Mexico had failed to report the results of Mr. Kelley’s court-martial to the federal background database, it began an investigation into how many other serious incidents had not been reported.

Although officials have only examined a portion of the cases, several dozen have already surfaced that were not reported but should have been.

“The error in the Kelley case was not an isolated incident and similar reporting lapses occurred at other locations,” the Air Force said in a statement. “Although policies and procedures requiring reporting were in place, training and compliance measures were lacking.”

Air Force officials say they are reviewing the results of the inquiry to date to assess whether to take any punitive action against personnel who failed to report Mr. Kelley’s conviction.

The Air Force review is only one part of a wide-ranging investigation into the background-check reporting process underway inside the military and the Justice Department in the aftermath of the church massacre. Mr. Kelley, who pleaded guilty at a 2012 court-martial to assaulting his wife at the time and fracturing his stepson’s skull, killed 25 people in Sutherland Springs, Tex., on Nov. 5. The victims included a pregnant women whose fetus also died.

Attorney General Jeff Sessions, citing the lapses in the Kelley case, last week ordered a federal review of the background-check database by the F.B.I. and the Bureau of Alcohol, Tobacco, Firearms and Explosives to ensure that the military and other federal agencies are reporting all required cases.

“The National Instant Criminal Background Check System is critical for us to be able to keep guns out of the hands of those that are prohibited from owning them,” Mr. Sessions said. “The recent shooting in Sutherland Springs, Texas, revealed that relevant information may not be getting reported to the N.I.C.S. — this is alarming and it is unacceptable.”

In addition to the Air Force investigation, the Pentagon’s inspector general is looking into the handling of Mr. Kelley’s court-martial conviction records and whether procedures are in place to ensure cases from other service branches are also sent to the database as required. The Army chief of staff, Gen. Mark Milley, said that he believed there were also a significant number of omissions of soldiers’ records that should have been sent to the federal database.

And the number of cases that were not properly reported by the Air Force could grow: There have been about 60,000 incidents in the Air Force since 2002 involving service members that potentially should have been reported to the federal background-check database. All of those incidents are now being reviewed by Air Force officials to see which ones were required to be reported, and how many of those actually were. Air Force officials were unable to say on Tuesday how many of those 60,000 cases have gone through the review process so far.

While that review is expected to continue for several months, Air Force officials say they are moving to fix problems that prevented Mr. Kelley’s conviction from being reported. And officials emphasized that they would continue to send previously unreported cases to the federal database as soon as they discover them.

Among other things, the new directive includes a requirement that personnel at the Air Force Office of Special Investigations must confirm that reportable cases have been entered into the federal database by seeing either a printout or a screenshot from the database.

Don Christensen, who was the chief prosecutor in the Air Force and is now president of Protect Our Defenders, a nonprofit group that supports greater protections for victims of sexual assault and domestic violence in the military, said the measures were long overdue.

“I’m not surprised that they are finding these lapses, because this was clearly never a priority in the past,” Mr. Christensen said. “Earlier inspector general investigations found that they were not doing this properly, and the leadership never made it a priority to correct it.”

Even if Mr. Kelley’s conviction had been in the federal database, he could still have purchased a gun online or in person from private sellers not required to run a background check — an exemption known as the “gun show loophole.”

In Texas, Claryce Holcombe, who lost eight family members in the attack, has filed a wrongful death claim against the Air Force over the death of her son, Bryan Holcombe, who was shot in the back and died on the floor of the church.

Ms. Holcombe’s claim states that her son’s death “was caused, in whole or in part, by the institutional failures” of the Pentagon and the Air Force, which negligently and recklessly “failed to report pertinent criminal arrest, conviction and military discharge information.”

An Air Force spokeswoman said the Air Force does not comment on specific claims, but that every such claim is “thoroughly investigated and researched in accordance with established law and regulations.”